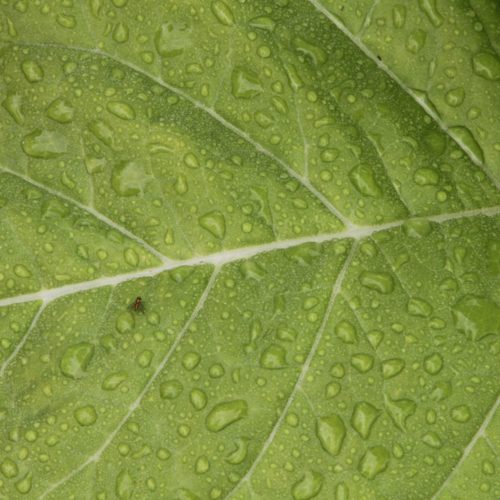 The headache worried her. It had been weeks now, waking each day to find the familiar throbbing would come back as soon as she got up, the mild feeling of vertigo as she shuffled to the kitchen. Nothing would make it go away, and the doctor’s office was just impossible to reach over the phone. She’d have to get there in person just to speak to someone to make an appointment. She sighed and opened the door, walking out ahead of the dogs.

Strange things had happened in the garden. Each year would bring new issues, of course, a new pest or disease, while others would relent seemingly without reason no matter what she did. This past week, her cannabis plants had turned yellow, wilted and died, all at the same time, long before their time. Only a few days after a neighbor had dropped by unannounced while she had been in the garden. And he’d seen the plants. She’d seen his eyes narrowing briefly with recognition as he spoke lightly, sharing mundane news about the widows. That’s what people called them – the widows. All five houses around hers suddenly inhabited by women whose men had all died, one after the other, over the past year. None of the men had been young or particularly healthy; none of the passings had come with much surprise, but still, it made for something to talk about, those deaths. And those lone survivors. Six of them now, counting her. A neighborhood, if not sisterhood, of loneliness. Well, they would learn to do it all alone, or enough of it to get by, just as she had.

A storm was forecast, and she could see it brewing above the treetops to the west. There had been hail storms all around this past summer, but her garden and house had been spared. Hail happened, though, and in minutes a year’s harvest and supply could be destroyed. That was why she planned two years ahead, always preserving enough to survive another two winters and springs, not just the one. She did the same with everything, from herbs to fabric, not so much hoarding as preparing for worse times ahead, because there were always worse times ahead. The dead plants worried her not for supply but for their mystery. For that neighbor, who would now have to be guarded against. And how did the dogs not warn her if a stranger had been in the yard, a vehicle in the entryway?

If only that headache would go away. If only the pressure would relent in her temples, behind her eyes, in her jaw, if only her neck would relax, her eyes stop their instinctive wincing. She bent slowly, got to her knees and started to weed, taking advantage of the wind brought by the coming storm to enjoy gardening with fewer biting insects buzzing around her ears, cutting quackgrass just below the soil’s surface. It wouldn’t take care of it for long, but it let the tomatoes grow unhindered for a while longer, until she had to do it again. 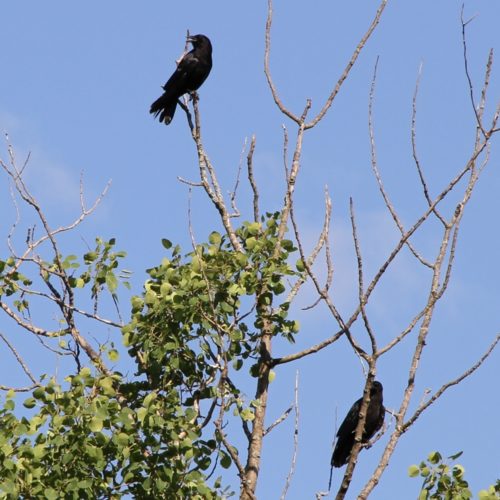 The children were supposed to come and visit soon. Well. They often said they would, and usually, things came up. Life, they said. A cold, an urgent issue at work, a friend in need, a quick getaway with a new – and brief – love interest, there was always something. They preferred to send text messages from their gadgets, really. She couldn’t pretend they forgot her: they would indeed communicate, reach out, whenever they had a minute to wait in line somewhere. They would gently make fun of her when she mentioned her brain tumour, as she by now called that constant headache. All three had said the same thing, she should see a doctor, and she had vaguely agreed. But she also felt their annoyance with her hazy complaints, and so she had stopped mentioning the pain. Let them grow old and understand what it’s like in their own time.

They sent pictures, sometimes, and she was puzzled to find that these adults were what her babies had become, found it hard to confirm, to truly feel, that these people had once been hers, hers to rock to sleep and nurse and dress. She missed their odour and the feel of their bare skin against hers, but when they did indeed take the time to visit she found they masked their smells with perfumes, and covered their skin with products to repel the bugs they had grown unaccustomed to. And they didn’t really want the closeness she craved when she thought of them. But then, she thought of them as they once were, not as they had grown, and she felt clumsy around them.

The cock crowed, reminding her to visit the hens and gather their eggs. Dark clouds were rolling in now. She decided to visit the coop and then bring the dogs in the house. Maybe take a nap while the storm raged. Hearing the squeal of an old pulley, she looked up and waved at a neighbor, one of the widows, in her own yard at a distance, who was hurrying to get her clothes off the line as the first drops fell.

There were three eggs in the nest boxes. She filled the feeder and through, and went back to the house. Now the dogs would need feeding, and their bag was empty. As she went down the first step to the basement, where she stored two year’s worth of food for all – cats, dogs, hens, herself, even mice she sometimes quipped – she got suddenly dizzy and had to pause, hanging on to the banister. Her eyes were open but she only saw flashes of silver. She sat so as not to fall all the way down and waited for the nausea and vertigo to relent. The throbbing in her right temple was worse than had become usual. Definitely should find some way to make an appointment with that doctor, she thought.

After a few minutes, her sight returned to normal. Her hands were clammy but she felt as normal as she had since the headache had started. Not quite human, as she put it to herself, not quite human, but alive nevertheless. She went slowly down the steps, carefully, thinking that perhaps the headache was an aneurysm getting ready to rupture. If it was, and if it did burst, she thought as she took a new bag of dog food off the storage shelf, the dogs would be fed, one way or the other.