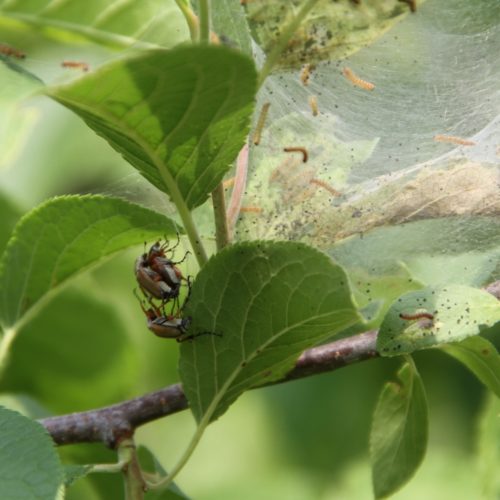 Natural disasters, social upheaval and technological failure, we expected to some degree, but war, never. The attacks, when they started, took us by surprise. Well, that’s not quite fair – Sam Ducharme had warned us, but it was too farfetched to be believed. I guess we thought the main event had already happened, and believed we were organizing the aftermath, not still reeling from a drawn-out catastrophe.

It started two years ago last summer. The Big One hit out West like they’d always said it would, but worse that anyone had predicted, even before the aftershocks and tsunamis. From what news we got in the days that followed, we understood the new actual coast had previously been several kilometers inland – and it was cut off from the rest of the continent, every single road and access. They talked about shifting plates and cascade reactions. Many cities and towns – and millions of people – were metres underwater. Entire shoreline cities with building codes to protect against an earthquake – submerged. Then the volcanoes erupted, spewing lava and – mostly – smoke.

After that we lost direct contact. Some people say the Chinese (or was it the Indians?) had been waiting in the sidelines, biding their time, and took the first opportunity to add chaos to chaos, knocking down most Western satellites. We can’t really know how or who or why, but that’s what’s generally assumed based on the most reliable contacts we’ve made since.

At first that chaos didn’t reach us. Sure, the Internet was down, our phones were useless, you could forget about government services and banking systems, and that’s still all true, but we ate, we lived, we were safe. When we saw the army trucks pass by, we assumed they were part of the relief effort going out West. When supply trucks stopped coming – or even driving by – we understood no help was coming. When we lost power, we couldn’t know the entire grid was down, sabotaged beyond repair to prevent its rerouting. When we started to worry about getting power back – or more gasoline delivered – before winter came, we had much to do and barely enough time to do it.

Some houses were chosen as easier to keep warm and more practical, and others condemned. Most of us here survived the first winter. We had our harvests and stores, snow to thaw for drinking, animals in plenty and silage for them, and enough knowledge of the land. When spring came, we heard from other villages that were not so lucky, of families who tried to make it out on their own and lost some people to cold or coyotes or disease.

At the end of spring, Sam came, with his usual huge backpack and walking stick. He was leaner than before and he’d lost two fingers to frostbite. We were glad to see him and hear his news but he wouldn’t stay his usual week. He wanted to reach his clan in the North and warn them to prepare for the trouble brewing. Most of us laughed at his stories of coming upheaval, assuming he’d lost more than fingers that winter in the wild. Weren’t we already in post-apocalyptic times? Well, things were about to get nastier.

The first horde of men almost found us unaware. One of the youngsters heard them talking near one of the cabins the farmers keep deep in the woods for overnight logging trips. We sent a lookout who counted at least three visible weapons to each man. They had almost as many men as us and their plan, as they discussed, it was simple: They’d kill us, take our village and live here on our land, drinking our water, defending their new turf. Hopefully they’d find and keep some women, of course. They were gaunt, hungry and fierce.

We were well-fed but had few weapons. We had nothing we could afford to waste. We chose to hide and ambush them later. We laid our plans and set everything quickly to make it look like we’d run away at their coming, leaving the village empty and our possessions upturned, as if left behind in a hurry. We made sure they’d find certain barrels, and added extra ingredients to our brews.

They were so tired, so wretched, so thirsty that our plan worked: They ate and drank – and drank some more – and in a few hours, most had passed out. It ended up being easy to overtake them: We used their own weapons. We kept prisoners, but one of our new scouts warned us more were coming and we had to get rid of them. And more came after that, and more after.

With each coming group of thieving enraged would-be refugees, our setup improved. They came to take everything we had left and fell into our trap instead. We were only defending ourselves. Had they come asking, we would have shared our food, our water, our shelter. They came with guns and machetes, with threats of mass invasion and water theft. We stood our ground. And we remain standing, as you see. We’re better armed, now, of course. And so are the other villages around here.

But we’ve lost much these last few years, including good manners, I’m afraid. You’re our guest of honour and I let you stand while I go on and on… I apologize. You’re welcome to rest among us for as long as you wish. We’re about to have dinner. Sit, please, sit. We thawed meat especially for the occasion. From the last prisoner of the last horde that ever came this way. Tonight, we feast on the last American.

(Obviously my choice was #4, the last American. I know the punchline’s been done over and over and is not original, but this is my take on it, my stylistic exercise of sorts. My apologies to Americans [who are, most likely, not all delicious], but I had fun using this point of view — mine — from just outside the US.)