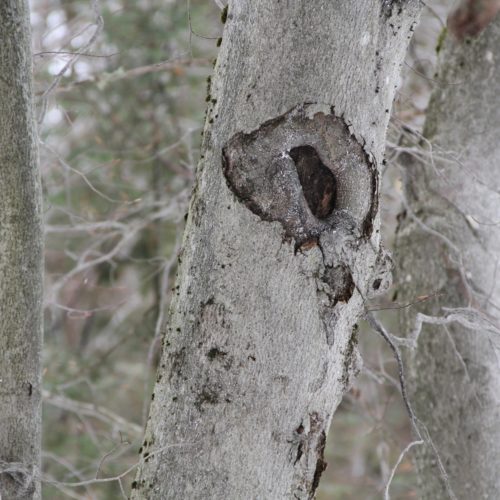 That glass isn’t even clean! What’s the matter with you? You can’t even do one tiny little thing right in a whole day of mishaps? Oh I mean sure, at least you didn’t break that one like you did with the others last week. How many was it – three? And who’s even counting how many it’s been this year, huh? Ah but of course no one else does the dishes much, huh? It’s all on poor little you. Just like generations of women before you, only they didn’t all have hot running water and the luxury to bitch about it, to think such work was beneath them.

Really, you want to use that tone with the children? I thought having children was what you’d most wanted in life, since you were little, and nothing and no one would get in the way? Whatever happened to that, once you had them all your principles flew out the window? It’s like with daycare isn’t it? I can still hear you going on and on about how your children would never be shipped away all day only to get rushed home to have a rushed supper, a rushed bath, rushed everything. And look at you now, huh? Oh it’s not just you, I know, but don’t you think if you had worked a little harder or if you downshifted all of those needs you perceive having… no? Well I’m sure you’ve given it a long hard look and you know best of course. I guess all that learning from other people’s mistakes like you said you tried to do, well, either it’s harder than you thought or you just don’t quite have the hang of it.

Or maybe you set your sights too high. After all it’s nice and fine to have principles and values but not everyone has the moral strength, the character, to embody them, huh. I mean when they say “average people”, really they mean there are those who are in the middle and those above, but for an average you got to have some people below, right? Let’s not call them losers, no, that’s harsh. But they know who they are, some of them. Even though they try to look and act average, normal, regular, they just don’t quite make it. Some kind of inherent flaw, perhaps. Genetic, could very well be. Or something in the water.

So you’re feeding them pasta, again. Ha. I remember when you went to visit that first daycare how traumatized you were with everything beige, beige pasta, beige cheese, beige cake. You didn’t think for one second that maybe it worked best and the kids preferred it, no. Because you knew everything, right. Of course you did, just like everyone does before they have children. Ok maybe you did even more than most. You sure know how to put your foot in it.

Oh, giving back to the baby the macaroni he threw on the floor, that’s nice. Of course some people actually keep their floors clean. Or at least they clean them once in a while. Sweep regularly, even. But of course you do so much already, wouldn’t think of adding that to your list of chores, no. Just because the baby crawls all over stains and sticky residue, just because he puts bits of you-don’t-know-what in his mouth, that’s not a good enough reason to pick up a mop, no, of course.

You have to prioritize, to focus on what matters most, otherwise you won’t manage it all, as usual. Come to think of it, you often let things fall by the wayside, don’t you? Remember that box full of mittens and socks and stuffed animals you always meant to darn, and you just threw in the garbage last week? Just hope they don’t ask about those again. Praying might work better, actually. And all those art projects that now collect dust on their half-started surfaces. Like your children’s broken childhood dreams, already dusty. You think they won’t remember those, once they’ve grown? You think they won’t realize what a failure their mother is? You think they won’t look back and think about all the broken promises, the never-happened day trips? You can only hope they won’t bitterly resent you for all they didn’t have, didn’t experience, for what you weren’t to them, for them. Good luck with that. The word I think they’ll use to describe you is “despicable.”

Don’t you think you’ll end up alone? I mean we’re all alone when it comes down to it, but forgotten and lonely sure sounds like where you’re headed. Unless you die young of some gruesome disease. Always a possibility. Remember that woman with flesh-eating bacteria who got her limbs amputated and survived the ordeal just to die of an infection that resisted all antibiotics? That could be you. Ah but that’s dramatic and people remember her, so no, not you. You’ll most likely die in some boring unoriginal way, that’s more your style. Your vaccines aren’t even up to date. When’s the last time you went in for a check-up? Ah of course you always sound so knowledgeable and you always ask so many questions and show so much doubt, no wonder you never get along with doctors: they resent your attitude. As many people do, actually. It’s not just the diseases you try to convince everyone you might be starting to develop, oh no. Health-related topics are just one aspect of your abrasive nature.

It started so young, too. Your first-grade teacher made a note about it in your report card, didn’t she? Confrontational, she said. Oppositional. Obstinate. And you never quite learned to play well with others, now, did you? Socially maladjusted I think is the politically correct term they use nowadays. That’s you all over. Can only keep a man if he’s already got a broken soul. Can only barely take care of yourself. Are those the clothes you wore yesterday? What, were they all you found on your bedroom floor this morning? And you were too lazy to throw them in the laundry basket and, I don’t know, actually do the laundry? How pathetic.

It took me a while before I even identified the voice I could hear non-stop in my head. When I did and discussed it with the therapist I saw at the time, we both agreed I’d simply given my depression and anxiety a personality, one I could relate to and project my fears on. Personification of depression with anxious overtones, she wrote in my file. And for years I believed that. I managed not to listen to the bitching, or mostly not, by telling it to shut up, telling it that I knew whose voice it was talking in my head and would not let it run my life. And for years I struggled and thought I made progress against my own unhinged psyche. It was still in the background, mumbling its venom without a break, but I thought I was starting to function normally again, in spite of my flawed self. Until I found my sister-in-law sobbing in a hidden corner one time, during a family reunion. Between sobs she nodded when I asked her bluntly “can you hear her in your head?” – yeah, I’ve always had the right words to comfort people.

One day, the voice went quiet. Suddenly. She had gone into a coma. The morning I woke up without the voice I actually called her to confirm – call it a hunch –, and I got a nurse got gave me the sad news. When she died a few weeks later, I was so relieved. And at her funeral – I can’t confirm this of course, but – I saw some people who looked at peace more than saddened, who looked… like I felt. And ever since that day the voice has been quiet. Just… gone.